Former Dutch PM: Israel is the Most Dangerous Country in the Middle East 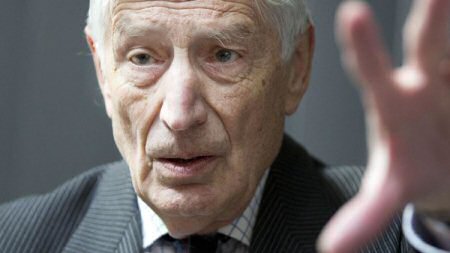 Former Dutch Prime Minister Dries Van Agt said that “Israel, for those who do not know, has a range of nuclear bombs,  [and] is the most dangerous country in the Middle East.”

This came in a speech delivered by Van Agt during a discussion session on the Palestinian-Israeli issue, organized by the “Youth Socialists in the city of Utrecht,” on Thursday. Van Agt explained, according to Al Ray, that “Israel seems to the world public opinion as if living under constant threat, as a small place among a number of Arab countries,” he said.

“The whole world is turning a blind eye to the siege imposed on the Palestinian Gaza Strip, including the Netherlands,” he said.

“The interest in the Palestinian cause has decreased significantly over the past few years,” said Agt, who went on to defend Palestinian rights after leaving politics.

“There are several factors, but the most important thing is that people are beginning to look at it as something natural, along with the disintegration of the Middle East,” he said.

Van Agt led the Dutch government between 1977 and 1982, a member of the Christian Democratic Union Party, with a book called “An uprising against injustice, and the tragedy of the Palestinian people.”