Gaza Health Services to Collapse Due to Siege 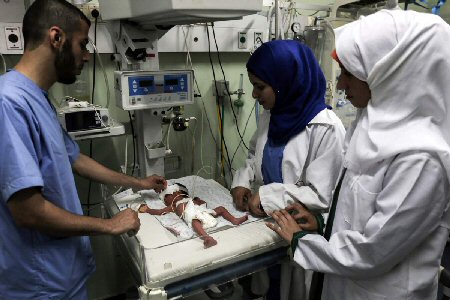 After 11 years of strict Israeli military siege on the Gaza Strip and the intentional procrastination of Palestinian Authority (PA), to take up its responsibilities in Gaza, healthcare services will reportedly collapse in days.

Shelves of the Palestinians Ministry of Health, in Gaza, are almost empty, as hundreds of medicines ran out months ago.

“The Israeli occupation put strict conditions on the passage of medicines, the medical equipment and medical disposals,” spokesman for the Ministry of Health Ashraf al-Qidra said, in a statement, according to Days of Palestine.

He also said that the basic medical materials needed for urgent and necessary surgeries and initial lab tests had run out from the besieged enclave.

Al-Qidra called for the PA branch of the Ministry of Health, in Ramallah, to send medicines, equipment and spare parts, as well as to transfer administration fees.

Meanwhile, he called for the international community to put pressure on the Israeli occupation to facilitate the entry of at least the urgent material and medical equipment and medicines.