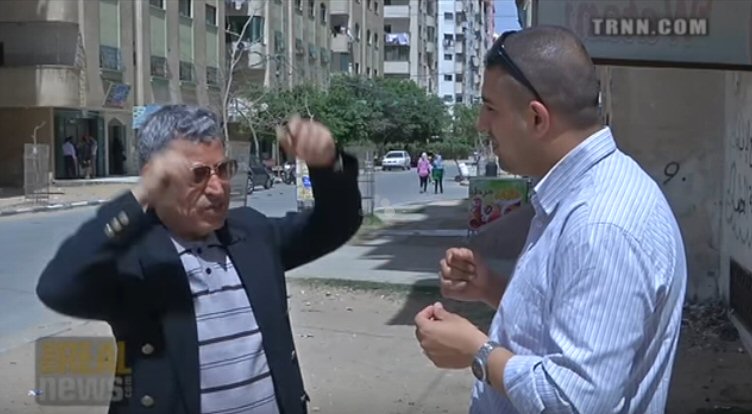 YOUSEF ALHELOU, TRNN CORRESPONDENT, GAZA: Ever since the Israeli occupation of historic Palestine in 1948, the Palestinians, who are the natives of the land, have been struggling for self-determination, which entails the implementation of UN Resolution 194, which calls for the return of Palestinian refugees to the towns and homes from where they were kicked out in 1948 and the right to equality. For decades, efforts to bring about a two-state solution in historic Palestine have failed to provide justice and peace for the Palestinians. To date there is no sign that the Palestinian leadership can think beyond the two-state solution. The Palestinian leadership only referred to the one-state solution as a threat, a scarecrow to persuade the Israeli side that they should not abandon it.Yet the facts on the ground point to a very difficult reality. Israel now controls 62 percent of the West Bank land and bisects it into several enclaves. The colonization process continues unabated, and to date Israel has resisted every call for a settlement based on a two-state solution. Despite this, the west has been extremely reluctant to press Israel. The vast majority of the Palestinians believe that the so-called peace talks between the Palestinian Authority and Israel failed to achieve the aspirations of the Palestinian people; nor has it recognized Palestinian national rights.In light of the failure of the so-called peace process and the absence of any solution that brings about any just solution to the occupation of Palestine, the idea of a democratic secular state on the historic land of Palestine has resurfaced. There are now growing voices among Palestinians calling for a democratic secular state, elaborating that Israel does not have defined borders or a constitution.

ASAD ABU SHAREKH, AL-AZHAR UNIVERSITY: Two-state solution is sort of a settlement. But one-state solution is a solution, a proper solution for everybody. This is because this is human, democratic, legal, rightful, and this is going to be a panacea for the Palestine problem. That is to say, it’s going to be a solution, the best solution, the solution for the problem, where all Palestinians, whether they are Arabs, Jews, Christians, Muslims, of different shapes, spectrums, religions, ethnic background, they can live in peace and harmony and democracy in one state with equal rights.

JAMEEL MEZHER, POPULAR FRONT FOR THE LIBERATION OF PALESTINE (VOICEOVER TRANSL.): I think the one-state solution can be achieved on the ground, but this option needs to be studied and discussed nationally among all Palestinians and among all regional Arab states. We call for this solution, a democratic secular state for all its citizens, but I think the two-state solution has reached a deadlock and did not achieve any breakthrough and has no horizon in the future. Israel is a terrorist state based on racism, so we need to adapt to a new strategy to achieve this goal.

FAYEZ ABU AEITA, FATAH SPOKESPERSON: The two-state solution is the current choice at this stage. The United Nations has recognized Palestine. Therefore we need to embody this recognition on the ground. In light of the stumble of peace talks and the Israeli stance to end the two-state solution, the Palestinian leadership and the Palestinian people are seeking to embed their existence, especially in the West Bank.

ALHELOU: Despite the fact that Israelis see a one-state solution as a demographic threat that would overturn the prevailing Jewish majority within Israel, very few voices from Israel believe in the one-state solution.

MIKO PELED, AUTHOR: Most Jewish people never supported Israel and never came to Israel. Even after the Nazi Holocaust, most Jewish people chose not to go to Israel, because why go from one racist state to another racist state. Israel has always been a racist state. It’s always had racists laws. It’s a terrorist state that has carried the mission of ethnic cleansing in Palestine through terrorism, through terrorizing an entire population. Palestinians have never been a threat. They’ve never had an army. So this is–you know, the security excuse is really nonsense, so it’s just not true.

ALHELOU: The Real News talked to Palestinian activists about their opinion. They said that there are principal reasons as to why the one-state solution is the way forward, such as the right of return and equality.

AYAH BASHIR, ACTIVIST-ONE DEMOCRATIC STATE GROUP: On the ground, we do not see that there is a practical achievement of the two-state solution. Actually what we are seeing is just a kingdom of illusions, talking about  Gaza being besieged and being isolated from the other world, talking about the West Bank even being cut down into Bantustans with more than 600 check points.

YOUSEF ALJAMAL, ACTIVIST: I support one-state solution because it guarantees the return of Palestinian refugees to their villages in 1948. Two-state solution was born dead with colonies in the West Bank, land confiscation, the wall, settlements everywhere. It’s no longer valid and it will not be implemented.

ALHELOU: Many here say that the international efforts to implement a two-state solution cannot conceal the fact that a Palestinian state is not viable and that Palestinian and Israeli Jewish independence in separate states cannot resolve fundamental injustices, the acknowledgment and redress of which are at the core of any just solution. Yousef Alhelou, for the Real News, Gaza.

DISCLAIMER: Please note that transcripts for The Real News Network are typed from a recording of the program. TRNN cannot guarantee their complete accuracy.

Also from TRNN — 09/06/16 “Israeli Activist: No Difference Between Democrats and Republicans on Israel”