Guatemalan President to Follow Trump Lead in Moving Embassy in May 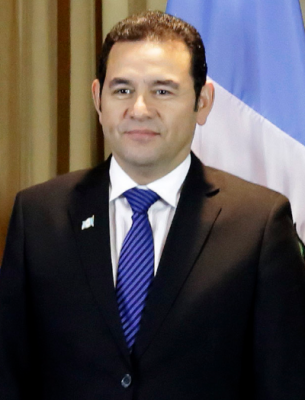 The Guatemalan President, Jimmy Morales, a close ally of the US, told the American Israel Public Affairs Committee Sunday that he plans to move his country’s embassy in Israel from Tel Aviv to Jerusalem in May. The announcement came just after a Guatemalan judge ruled in Morales’ favor following a legal challenge to his decision to follow Trump’s lead in moving his country’s embassy.

According to Morales, Guatemala will move its embassy in Israel to Jerusalem two days after the United States relocates its embassy to the city.

Morales told the Zionist lobbying group, “As a sovereign decision, we recognize Jerusalem as the capital of Israel. In May of this year, we will celebrate Israel’s 70th anniversary, and under my instructions, two days after the United States moves its embassy, Guatemala will return and permanently move its embassy to Jerusalem.”

Donald Trump’s announcement in December that he would be moving the US Embassy in Israel from Tel Aviv to Jerusalem was met by widespread protests. Over 50 Palestinians have been killed in the three months since that announcment, most of them unarmed civilians killed by Israeli soldiers while participating in non-violent protests in the West Bank, including Jerusalem, and the Gaza Strip.

Guatemalan lawyer Marco Vinicio Mejia challenged the Guatemalan President’s decision in court, arguing that moving the embassy would be a violation of international law.

The US government provides Guatemala with a large amount of financial aid, $297,000,000 each year, according to USAID. This ranks Guatemala #11 in US aid, with Israel being first, receiving $6 billion/year, and Egypt being second, receiving $1.2 billion/year.