Israeli Excavations Cause Damage To Homes In Silwan 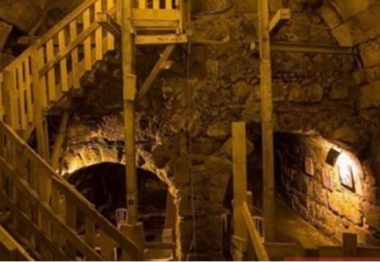 The ongoing Israeli excavations under Palestinian homes in Wadi Hilweh Neighborhood, in Silwan town south of the Al-Aqsa Mosque in occupied Jerusalem, have led to further structural damage to several homes.

The Wadi Hilweh Information Center in Silwan (Silwanic) said the excavations are causing serious damage to the homes, especially to their foundations.

It added that the Palestinians protested the digging, but were assaulted by Israeli colonizers, before soldiers threatened to abduct and impose fines on them.

Many Palestinian homes have sustained serious structural damage during the ongoing excavations, as Israel is digging to create a network of tunnels leading to the Al-Aqsa Mosque, and al-Buraq area.

|Excavations Resumed near Al-Aqsa for Construction of Pedestrian Bridge|

|Israeli Excavations Force Family To Leave Their Home In Silwan|