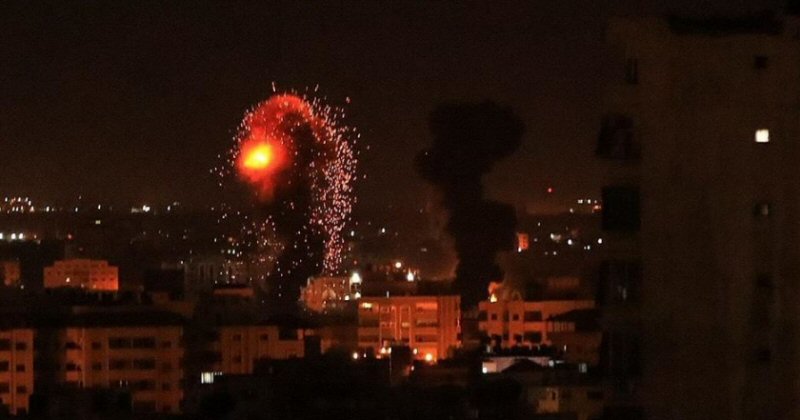 The Hamas Movement has condemned Israel’s persistence in targeting resistance posts in the Gaza Strip as “a message of escalation and aggression.”

In press remarks on Saturday, Hamas spokesman Fawzi Barhoum said that Israel’s renewed aerial attacks on Gaza were aimed to divert attention from what he described as “the acts of courage taking place in the occupied West Bank.”

Barhoum stressed, according to Days of Palestine, that the Palestinian operations in the West Bank messed up Israel’s calculations and deepened its internal crises, adding that the resistance would not allow the Israeli occupation state to export its crises to Gaza.

Israeli warplanes, early this morning, attacked several targets throughout the Gaza Strip, causing damage but no injuries, according to WAFA correspondence.

The targets reportedly included open areas east of Tuffah, a suburb of Gaza City, as well as farms east of Deir al-Balah in the central Gaza Strip.

Missiles fired by the warplanes caused big holes in the ground and damage to areas but there were no immediate reports of injuries.

Israel claims the attack came after its Iron Dome missiles intercepted a rocket fired from Gaza into southern Israel.