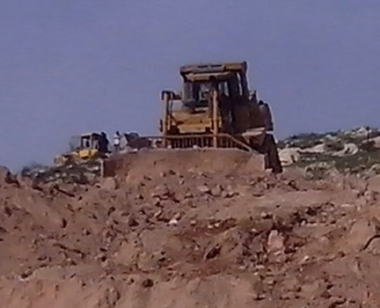 Ghassan Daghlas, a Palestinian official in charge of settlement’s files in the northern part of the West Bank, said the colonists used various bulldozers to uproot the lands, located in the eastern area of the village.

Daghlas added that the lands are also only 40 meters from an Israeli colony, known as Yesh Kodesh, illegally built on Palestinian lands.

On Monday evening, the soldiers invaded the lands and confiscated keys of many Palestinian tractors, before allowing the illegal colonists to invade and uproot several areas.