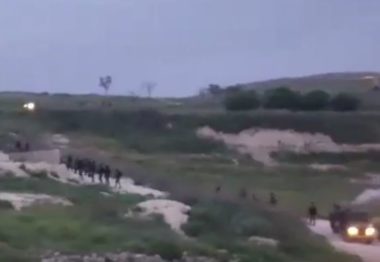 Dozens of illegal Israeli colonialist settlers attacked, on Thursday evening, the Palestinian village of Orif, south of the northern West Bank city of Nablus, and caused serious damage to one car.

Media sources in the village said the colonists came from the nearby illegal Yitzhar colony, which was built on private Palestinian lands.

They added that the colonists caused damage to a car, owned by a local identified as Mo’taz Najeh Safadi, in the eastern part of the village where the invasion took place.

The Palestinians intercepted the invaders, and tried to force them out of the village, before Israeli soldiers invaded it and started firing gas bombs and concussion grenades at the residents.