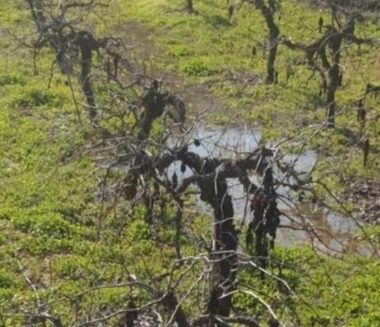 On Monday, a group of fanatic Israeli colonists, illegally squatting on Palestinian lands, west of Bethlehem city, south of occupied Jerusalem in the West Bank, flooded farmlands with wastewater.

Mohammad Sabateen, the mayor of Husan village, west of Bethlehem, said the colonists came from the Beitar Illit colony, which was installed on Palestinian lands.

Sabateen added that the colonists flooded the Palestinian lands near the colony with wastewater.

The villagers went to their lands to find dozens of dunams flooded with the sewer from the illegal colony.

Sabateen also said the attack is aimed at preventing the Palestinians from plowing and planting their lands, and added that this serious contamination would prevent them from harvesting their grapevines and olive trees in the near future.