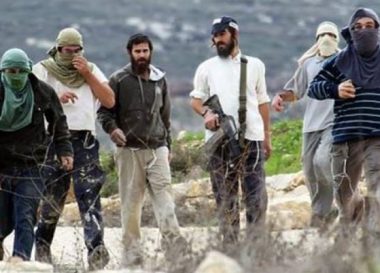 Dozens of extremist Israeli colonists invaded, on Tuesday, a Palestinian land in Khirbit al-Himma, in the West Bank’s Northern Plains, and installed tents, after recently illegally occupying the land, and establishing a new outpost.

Bisharat added that, on Tuesday morning, the Israeli assailants closed the main road leading to Khirbit al-Himma, with rocks and tires, and prevented the Palestinians from entering or leaving it.