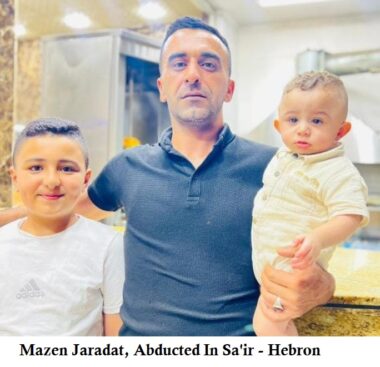 They added that the soldiers also abducted two Palestinians, Ammar Issa Qfeisha, 34, and Mohammad Walid Ja’bari, from Hebron city, after stopping them at a military roadblock near Baqa ash-Sharqiyya town, northeast of the northern West Bank city of Tulkarem.

The soldiers also installed several roadblocks in many areas of Hebron city, and near several surrounding villages and towns, stopped and searched many cars, and interrogated the Palestinians while inspecting their ID cards.

The abducted Palestinians are: