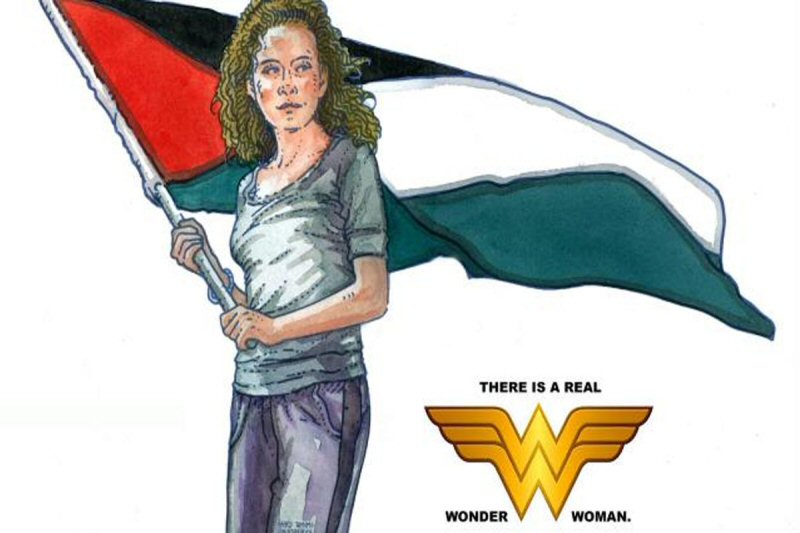 Irish artist Jim Fitzpatrick painted an image of Palestinian imprisoned teen Ahed Tamimi in which he portrayed her as a superhero.

Tamimi is seen holding the Palestinian flag in the painting entitled “There is a Real Wonder Woman,” in a reference to “The Wonder Woman,” an heroic female comic character.

Fitzpatrick, who is famous for drawing the iconic 1968 poster of Che Guevara, said he was amazed by Tamimi’s bravery when he first learned of her two years ago.

Ahed Tamimi was detained for confronting Israeli soldiers who had forced their way into her family’s yard soon after soldiers shot and critically injured her 15-year-old cousin who was hit in the face. Her trial is still ongoing.

Many entertainers, activists and authors showed solidarity with Tamimi, whose story garnered global attention, according to WAFA.

Recently, actors Danny Glover, Rosario Dawson, Grey’s Anatomy star Jesse Williams and others, have all signed a letter in support of Tamimi.