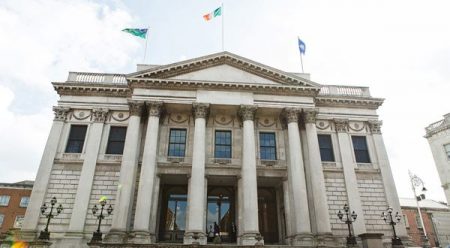 In a letter published in the Irish Times newspaper, Minister of State Finian McGrath and fifty other Irish TDs and Senators have called for an arms embargo to be placed on Israel, and for “an end to the bi-lateral arms trade between Ireland and the apartheid state”.

In addition to independent Minister McGrath, the signatories include members of Sinn Féin, Solidarity-People Before Profit, Labour, the Green Party, Independents 4 Change and other independent members of the Oireachtas, who condemn “the shooting dead of some 205 [Palestinian] protestors, including 40 children, and wounding of more than 5,000 people by live fire [on the Great March of Return] in Gaza since April”.

The letter ends by calling for “the international community, and the Irish government in particular, to take a stand to help end Israel’s decades of colonial occupation, apartheid and war crimes against the Palestinian people.”

Welcoming the statement, Ms. Fatin Al Tamimi, Chairperson of the Ireland-Palestine Solidarity Campaign (IPSC) and a Palestinian-Irish citizen said she “thanks the members of the Oireachtas for this important and principled statement of solidarity, showing once again the strong bonds between the Irish people and the Palestinian people, both of whom have struggled heroically against colonialism and oppression in their homelands.”

لإamimi noted, according to the PNN, that “the IPSC strongly echoes this call for an arms embargo on Israel, a measure that we Palestinians have long been asking for. Weapons sent to Israel are used to kill, maim and oppress my people, while weapons exported from Israel are marketed as being ‘battle tested’ on Palestinians. It is time to end this horrendous trade in death and destruction, which is a bloody stain upon the Irish state.”