The Palestinian Ministry for Women’s Affairs on Thursday awarded Israa Jaabis, an injured Palestinian woman who remains in Israeli police custody, as this year’s “Woman of Palestine.”

A 32-year-old mother, Jaabis was arrested in 2015 after being shot at by Israeli soldiers in East Jerusalem. She sustained severe burns in an ensuing gas explosion.

“Palestinian women have been deeply involved in the Palestinian struggle,” Women’s Affairs Minister Haifa al-Agha said, in a speech delivered at an award ceremony.

“They remain a powerful symbol of the steadfastness of the Palestinian people,” she added.

Al-Agha went on to assert that Palestinian women had played a “vital role standing up to the [Israeli] occupation.”

The Israeli authorities accuse Jaabis of having attempted to attack Israeli soldiers with a bomb-laden vehicle — claims she and her family vehemently deny. 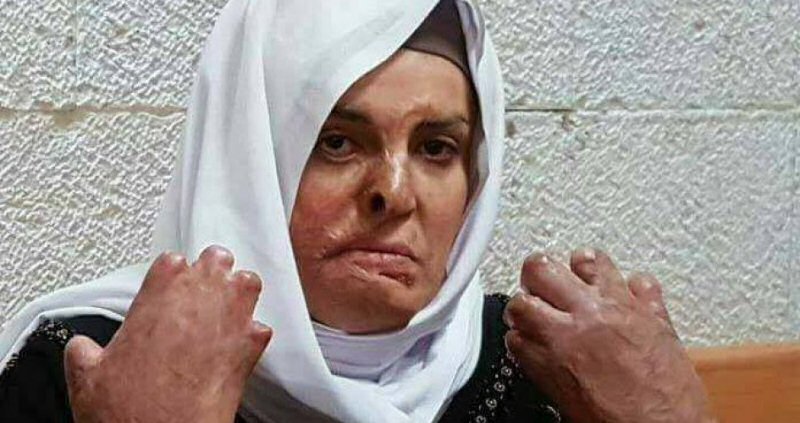 Jaabis sustained serious burn injuries on several parts of her body, for which she requires a number of surgical procedures, according to Palestinian officials.

According to Palestinian figures, roughly 6,400 Palestinians are currently in Israeli custody, including dozens of women and scores of minors.

The “Woman of Palestine” award is given annually by the ministry to Palestinian women who have accomplished notable achievements.