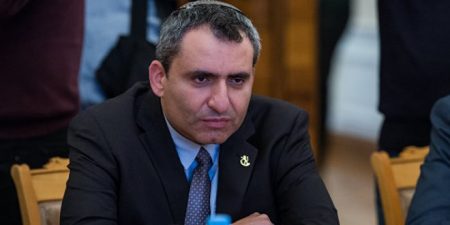 Israel protested after Russia hosted a senior Hamas leader in Moscow, Saleh Arouri who was part of a Hamas delegation to Moscow. For several years, Arouri was based in Turkey, where he communicated instructions to Hamas. He then moved to Doha, Qatar, and now lives in Lebanon.

Minister of Environmental Protection Ze’ev Elkin, who met with Russian Foreign Minister Sergey Lavrov in Moscow on Wednesday, complained and voiced to him Israel’s position that Arouri’s participation in the delegation was unacceptable. Elkin said that Arouri’s visit to Moscow was a central issue. He said that he told him that Israel and Russia have disagreed for years specifically regarding ties with Hamas, but that this case was an exceptionally crucial incident, that “even in contacts with Hamas there are limits that should not be crossed, and this is a classic case in which Israel believes the limit has been crossed”.  According to the PNN, Elkin also talked about a document from Israel’s Foreign Ministry regarding Arouri’s involvement in certain actions done by Hamas that are disapproved by Israel and have been considered to be attacks, throughout recent years.

Elkin, in his talks with the Russian Minister, tried his best to emphasize claims of violence done by Arouori, who he says is a dangerous person that cannot be treated as if he is not involved in many attacks. He even turned to some of his advisers present at the meeting and asked them how Arouri had even received a visa to enter Russia. After being told that Arouri was part of an official Hamas delegation, the Russian Minster was reportedly surprised and instructed his advisers to open an investigation and ensure that the case would not be repeated.

According to Haaretz, Elkin added that Lavrov also denied reports that Hamas had opened an official office in Moscow.