Israel Approves 3000 Colonialist Units, After One Illegal Outpost Was Scheduled For Removal 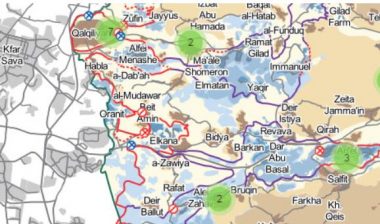 Following the Israeli decision to remove the “Amona” illegal colonialist outpost, in the occupied West Bank, the government of Benjamin Netanyahu decided to build more than 3000 units for Jewish settlers, on illegally confiscated Palestinian lands.

The decision was officially announced by the office of Israel’s Defense Minister Avigdor Lieberman, in which it confirmed the approval of the 3000 units, in direct coordination with Netanyahu.

2000 of the approved illegal colonialist units have been designated for “immediate construction,” while the rest are in various stages of planning.

Lieberman, who himself is a colonialist settler living in Nokdim illegal colony, said that approximately 2000 units were “ready for marketing,” while the rest are in final stages of approval.

The Expansions were approved in the following illegal colonies

Lieberman said that the new approvals were part of what he called “restoring life to normal status in the West Bank, as the settlers need more homes,” and added that the decision was a continuation of last week’s approval of 2500 units.

The decision was made while the Palestinians continue to lose their lands for these colonies, including agricultural areas, and are unable to expand their communities, in various parts of the West Bank, including Jerusalem, in addition to being isolated from their orchards and farmlands, behind the Annexation Wall.

All Israeli colonies in the West Bank, including those in and around occupied East Jerusalem, are illegal under International Law, and the Fourth Geneva Convention, to which Israel is a signatory and a constant violator.