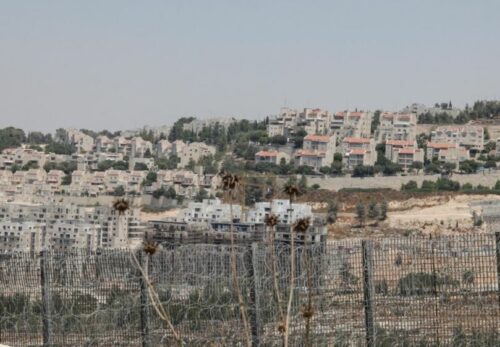 The Israeli government approved a colonialist plan aiming at constructing 1406 units on stolen Palestinian lands east of Qalqilia, in the northern part of the occupied West Bank.

Rawajba added that the colonialist units are planned to be constructed on 1008 Dunams (0.249 Acres) of Palestinian lands, and said that the new plan is related to the decision, which was made on January 22, 2020.

The planned colonialist units would be built on Palestinian lands in the areas of Wadi Asala, Thaher al-Manaf, Qatayin as-Sahel, and al-Manafes.

Israel’s colonies are also deemed to be war crimes under the Rome Statute of the International Criminal Court and many national laws.