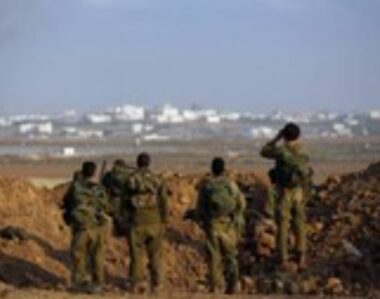 Israeli navy boats attacked with live fire, on Thursday at dawn, several fishing boats in Palestinian waters, north of Gaza city, in addition to farmers on their lands, east of Khan Younis, in the southern part of the coastal region.

Eyewitnesses said the Israeli navy ships fired many live rounds at the fishing boats, in areas allotted for the Palestinians for fishing, near the shore of Gaza city.

In addition, the soldiers fired many live rounds into Palestinian farmlands, east of Khan Younis, forcing them to leave in fear of further escalation.

The random army fire poses a serious threat to the lives and livelihood of the Palestinian farmers, shepherds, and workers.

The Israeli army also carries out frequent assaults and violations targeting Palestinian farmers and workers, on lands near the fence, and the fishermen in Gaza territorial waters.

Such attacks have led to dozens of casualties, including fatalities among the Palestinians, in addition to causing damage to homes, property, and fishing boats, while the soldiers have also abducted dozens of Palestinians and confiscated their boats.