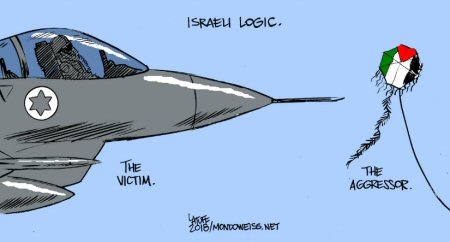 New Israeli regulations stipulate that condoms will not be allowed to enter the Gaza Strip, as they might be used in violent actions.

The Times of Israel published, last week, a report with the title “Condoms, kites and birthday balloons: ‘Silly’ Gaza weapons could lead to real war”.

The report states, according to Days of Palestine, that Palestinians in Gaza are relentlessly flying a variety of airborne devices attached to flammable materials to be launched, into Israel, near the Israeli-Gaza border, causing hundreds of fires and millions of shekels in damage.

Palestinians rely on the gentle Mediterranean coastal breeze to push their new weapons across the border.

The report ignored the fact that the Israeli occupation army had killed 138 Palestinians and injured 14,700, including women, children, medics and journalists in Gaza, since the beginning of the Great Return March, in March of 2018.

Given their limited resources, Palestinians rely on such an innovative way to retaliate.  No Israeli casualties were reported during the same time period.

Palestinians reportedly launched 600 kites from Gaza during the Great Return March, with Israel claiming it had intercepted 400. There was an unconfirmed report that these kites have brought down 10 Israeli drone aircraft.