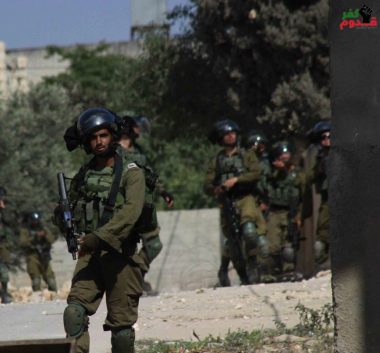 Morad Eshteiwi, the media coordinator of the Popular Committee against the Annexation Wall and Colonies, said the soldiers resorted to the excessive use of force against the protesters immediately after they started marching in the town.

He added that the soldiers invaded the home of Zohdi Eshteiwi, and occupied its rooftop, before using it as a firing post.

The soldiers fired several live rounds, rubber-coated steel bullets and gas bombs at the Palestinians, who marched while chanting for national unity, and rejecting all attempts to strip them from their rights of liberation and independence, and all their legitimate internationally-guaranteed rights.

In related news, the soldiers attacked protesters in Hebron, in the southern part of the West Bank, causing many to suffer the effects of teargas inhalation.