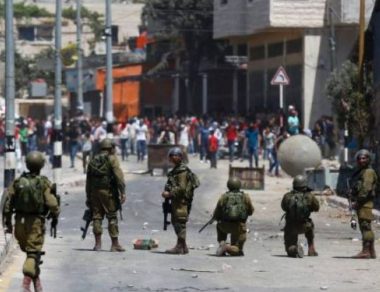 Media sources in Ramallah said the procession was organized by national and Islamic factions, in addition to social figures, rejecting Israel’s ongoing Israeli occupation, and the American policies against the legitimate, internationally guaranteed rights of the Palestinian people.

They added that the soldiers fired gas bombs and concussion grenades at the protesters, while several youngsters responded by throwing stones at them.

In related news, the soldiers attacked protesters in Hebron, in the southern part of the West Bank, causing many to suffer the effects of teargas inhalation.