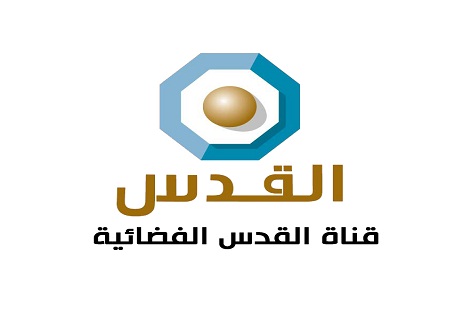 A Palestinian media agency that is known for being first on the scene and recording eyewitness videos of Israeli military atrocities against Palestinians has been banned by Israel, as the Israeli Defense Minister and former nightclub bouncer Avigdor Lieberman signed an order declaring Al-Quds TV to be a ‘terrorist’ media organization.

Al-Quds (the Arabic word for Jerusalem) TV is based in Beirut, and has offices in the West Bank, Gaza and Israel. The organization began in 2008, and provides daily news coverage online and on its satellite TV channel. The main focus is on

The idea that a media organization can be declared a ‘terrorist’ organization, while unusual by international standards, is not new to Israel. During their 2004 invasion of Lebanon, Israel declared the Lebanese media agency Al-Manar to be ‘terrorist’ media, due to their affiliation with the Hezbollah political party and resistance group.

The Palestinian Journalists Syndicate issued a stateme.nt that, “This is just the latest move in Israel’s attack on Palestinian media organizations.”

Emad al-Efranji, the manager of Al-Quds TV in Palestine, said Israel wants to silence the media, as part of its campaign to conceal its crimes against the Palestinian people.

He added that Al-Quds TV broadcasts to every part of occupied Palestine, exposing the Israeli violations, and that is why Israel decided to shut it down, as part of its ongoing campaign against Palestinian media outlets.

“Our mission will always be the same, out TV station is honored to carry the name of Al-Quds (Jerusalem), and will continue its duties,” he said, “Israel constantly targets Palestinian media agencies and journalists, but we will continue our work; despite the sacrifices we have to make, and the ongoing violations against us, we are willing to pay the price for that.”

“Israel realizes the danger our media agency poses to its colonialist ideology; it knows we focus on legitimate rights of the Palestinian people, especially Jerusalem, and our mission to expose Trump’s so-called Deal of the Century,” al-Efranji stated, “We are the first station that has special programming for our people in historic Palestine, and we have various shows that focuses on the detainees and refugees.”

Avigdor Lieberman, the Israeli Defense Minister, has in the past openly called for the forced transfer of all Palestinians from their historic land, on which the state of Israel was created in 1948.

In his first move to criminalize the al-Quds news agency, Lieberman sent Israeli security officers to a video production company in northern Israel that edits video for the agency. According to the production company’s attorney, Omar Hamisey, the staff were told by Israeli security that their transmission or production of any footage for al-Quds TV would be considered illegal, and they would be prosecuted under anti-terrorism laws for doing their work as journalists.

Israeli Knesset (Parliament) member said that the listing of al-Quds TV as ‘terrorist media’ is, “the continuation of a silencing crusade by the extreme right-wing government to trample the freedom of speech. Many people in the Arab community as well as Arab lawmakers often give interviews to the channel, and what we say at the Knesset podium we also say there. The channel exposes the crimes of the occupation and the suffering of the Palestinian people.”

Israeli authorities gave no evidence of any wrongdoing by the news agency, but have vowed to shut down any offices of the agency and its contractors inside Israel. They claim that the news agency has an affiliation with the Hamas party, which is also a spurious claim, according to the owners of the agency.

Most recently, Quds-TV released footage of Israeli soldiers shooting and then dragging the bodies of Palestinian protesters near the border fence in Gaza – footage that directly contradicted the Israeli military’s claims that the young men had tried to cross the border fence and that is why they were shot. The al-Quds TV footage shows that the soldiers were at least 20 meters inside of the Gaza Strip when they shot the young men, who were at a protest inside the Gaza Strip and not trying to cross the fence as Israeli military officials claimed.