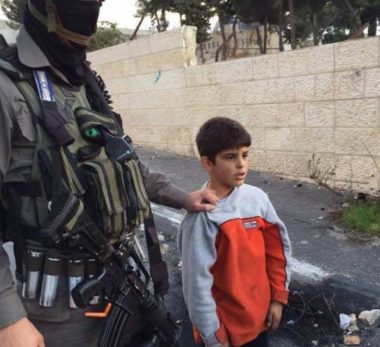 The PPS said that the Israeli Prison Authority transferred imprisoned Palestinian children from Ofar Prison and placed them in solitary condiment cells.

It added that the Prison Authority has placed every two Palestinian children in one small cell in Ofar, and that the same policy will be used against all detained children in Majeddo and the Damoun prison.

The PPS stated that Israel is holding captive at least 200 Palestinian children who continue to face violations, including being denied legal representation, especially when the Israeli Prison Authority decides to transfer them to and from several prisons without prior notice.

It is worth mentioning that the Palestinian political prisoners in Ofar Israeli prison have been subject to seriously escalating violations over the last few months and have been denied basic rights. This includes repeated invasions and violent searches of the detainees and their rooms, in addition to barring certain types of food.

The PPS said that Israel is gradually implementing the recommendations of the special committee that was formed by Internal Security Minister, Gilad Erdan, in June 2018, which includes Knesset members and the intelligence agency.

The purpose of the committee was to assess the conditions of detention of Palestinian prisoners at Occupation prisons and identify means of reducing such conditions to the minimum stage.

Hence, the Occupation authorities started systematic attacks on prisoners, which were justified by the recommendations of the committee.

The PPS added that Israel constantly tries to strip the detainees of basic rights they achieved through the repeated and extended hunger strike, and implements its punitive measures against the detainees, depriving them of fundamental rights guaranteed by International Law.