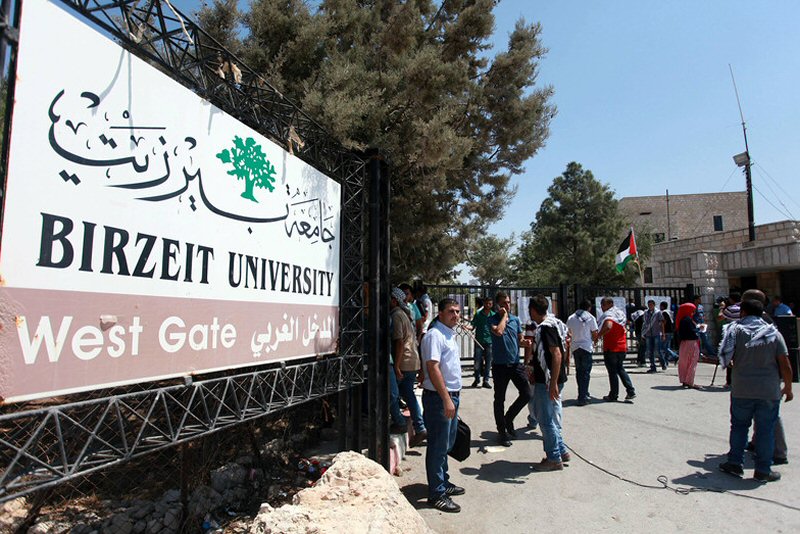 Israel has completely shut down a Palestinian university in Jerusalem amid a series of assaults on academic freedom.

Israel is obstructing academic freedom at Palestinian universities through various measures, including closing colleges and denying visas for visiting professors.

On 14 July, Israeli police raided and shut down the Hind al-Husseini college in the Sheikh Jarrah neighborhood of occupied East Jerusalem, prohibited an academic conference from taking place and detained 15 participants of the conference.

Police acted on the order of Gilad Erdan, Israel’s minister of public security and strategic affairs, who claimed that the conference promoted “incitement” against the Israeli state.

As well as being in charge of policing, Erdan leads Israel’s global effort to thwart activism in support of Palestinian rights.

The president of Arab American University, a private institution based in the West Bank city of Jenin, condemned Israel’s closure of the college. Ali Abu Zuhri argued it was an attempt to impose new facts on the ground aimed at changing the cultural and historical identity of Jerusalem, according to the Palestinian news agency Wafa.

Israel’s closure of Hind al-Husseini college “is one more manifestation of Israel’s relentless assault on Palestinian education and culture, a systematic assault that is tantamount to cultural genocide,” Nada Elia, an organizing committee member of the US Campaign for the Academic and Cultural Boycott of Israel (USACBI), told The Electronic Intifada.

“Israel imposes a Zionist curriculum on Palestinian schools in annexed East Jerusalem and has devised a Kafkaesque system of work permits in the West Bank that prevents faculty who hold foreign passports from teaching there legally, making them prone to arrest and deportation,” Elia explained.

At the same time, she said, Israel claims that the boycott, divestment and sanctions (BDS) movement, “rather than its own assault on Palestinian education, is preventing academic exchange and the free flow of ideas.”

Birzeit University – headquartered beside the West Bank city of Ramallah – released a statement earlier this month admonishing Israel’s “breach of academic freedom” after 15 of its academics who hold foreign passports had their visa renewals either significantly delayed or denied outright.

Already, “some professors have been forced to leave the country,” the university stated, while others remain under threat of removal from faculty positions.

“These international professors play a critical role not only in the ongoing provision of quality education at Birzeit University but also in the long-term development of Palestinian higher education,” it said, warning that if this policy continues, Palestinian universities “will be further isolated from the global academic environment.”

More than half of Palestinian academics who hold foreign passports and work at Palestinian universities have had delays or denials of Israeli visas over the past two years, preventing them from beginning or staying in their faculty positions, according to the Palestinian Authority’s minister of education.

Israel has placed foreign academics who teach at Birzeit “effectively under house arrest” in order to avoid any of the hundreds of checkpoints around the West Bank, explained Elia, writing for Middle East Eye.

Birzeit underscored the right to education as a fundamental human right enshrined in international law and admonished Israel for ignoring its responsibility as an occupying power in preventing Palestinians’ access to education. While Israel holds Palestinian education hostage, it is involved in many exchange programs with educational and research institutions around the world, Elia told The Electronic Intifada.

The British Committee for the Universities of Palestine (BRICUP) has launched the “Empty Chair” campaign to bring attention to Israel’s violation of Palestinian academic freedom.

USACBI is responding to the ongoing attacks on Palestinian education by asking faculty to endorse the academic and cultural boycott of Israel and for students to pledge not to participate in study abroad programs in Israel.

This article is reposted from The Electronic Intifada, via bdsmovement.net  — click here to read the original article.