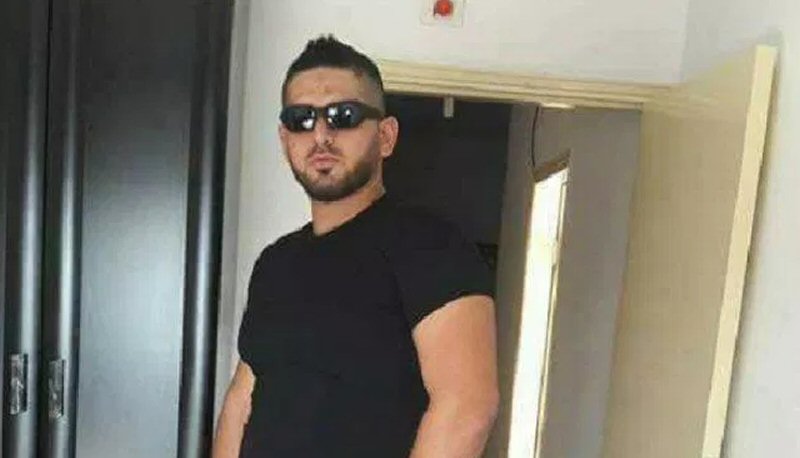 As even more Palestinian leaders and activists are ordered imprisoned without charge or trial, four Palestinian prisoners are on hunger strike. Hassan Shokeh of Bethlehem has now been on hunger strike for 55 days; he is protesting against his administrative detention.

Shokeh, 30, is being held in isolation at the Ramle prison clinic, and his father said that he has lost more than 30 kilograms of weight and suffers from continuous pain and serious deterioration in his health condition. Shokeh’s father criticized the insufficiency of support efforts for his freedom, saying that the actions of human rights organizations has not gone beyond the typical solidarity activities of prisoners’ families.

Palestinian lawyer Moataz Shqeirat said that Shokeh must use a wheelchair to move and suffers severe eye pain, headache, fatigue and nausea. The Ofer military court held a hearing yesterday to consider Shokeh’s request for release due to his worsened health condition, but the it was postponed until Tuesday with the statement that full medical records need to be maintained.

Shokeh’s family has been denied visits since his arrest; only his 10-year-old sister was allowed a visit. Since he launched his strike, no family visits have been allowed at all.  Shokeh has spent 12 years in Israeli prisons in multiple arrests, eight of those years in prison without charge or trial under administrative detention.

Since February, the administrative detainees have been united in their boycott of the military court hearings to approve their detention orders. They have continued the boycott to demand an end to the practice of imprisonment without charge or trial. At least two minor children are currently held in administrative detention, Laith Abu Kharma from the village of Kafr Ein, and Hussam Khalifa from the village of al-Walaja.

Joining Shokeh on strike against administrative detention are Mahmoud Ayyad, for 21 days and Anas Shadid, for 7 days. Mohammed Dar Sattouf al-Rimawi has been on hunger strike against his arrest for 6 days. Several fellow administrative detainees have also taken up hunger strikes during Shokeh’s battle, which have been suspended with assurances that their detention orders will no longer be renewed.

Shadid, 21, from the town of Dura near al-Khalil, formerly conducted an 88-day hunger strike against a previous imprisonment without charge or trial. He launched his most recent strike after his detention was renewed again for the third time in June 2018.

Abdel-Majid Shadid, Anas’ brother, said that his brother was seized by occupation forces in June 2017 only two weeks after he won his freedom through the 88-day strike. He has carried out several strikes during this period of detention to demand his freedom.

As prisoners escalate their struggle against the practice of detention without charge or trial – first introduced to Palestine by the British colonial mandate and taken up thereafter by Zionist colonialism – the Israeli occupation has continued to order more Palestinians to administrative detention. Wasfi Qabha, 56, the former Palestinian minister of prisoners, was ordered to five months in indefinitely-renewable detention after he was seized by occupation forces on 5 July. He was released only five months ago from an 8-month administrative detention period.

Meanwhile, Ayman al-Tabeesh, a former long-term hunger striker who went on a 105-day hunger strike to win his freedom from administrative detention, had his detention order renewed for the sixth consecutive time for another six months. He has spent over 12 years in Israeli prisons, most in administrative detention; he has currently been jailed since 2 August 2016. He was held in isolation for eight months, sparking repeated protests among fellow prisoners, and was only returned to regular prison sections in the past few days.

Samidoun Palestinian Prisoner Solidarity Network urges the escalation of protests and actions in solidarity with the struggle to end administrative detention. Administrative detention is a colonial weapon used to separate effective leaders from the Palestinian people through arbitrary imprisonment without charge or trial. It is also a form of psychological torture for both prisoners and their families, denying them even the knowledge of when or if they will be released. We urge the immediate end of the practice of administrative detention and the release of all Palestinian prisoners. As the prisoners boycott the military courts, it is our responsibility to escalate boycott, divestment and sanctions campaigns to isolate the Israeli state that confiscates Palestinian land, rights and freedom.