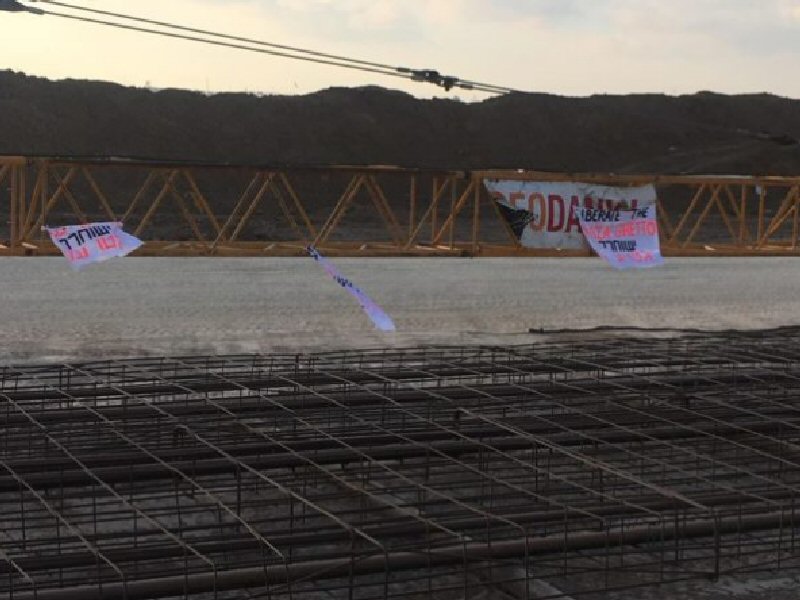 On the 20th of July, Friday afternoon, a group of anti-Zionist Israeli and international solidarity activists approached the Gaza siege fence at the same time that Gazans gathered by the fence, on the other side, during the weekly ‘Great Return March’, calling for the right to return to their land and for an end to the decade-long siege.

The activists carried a large banner saying, ‘Liberate the Gaza ghetto’ along with flying the Palestinian flag. Additionally, the protesters held posters depicting the faces of Gazan protesters, journalists and medics who have lost their lives to Israeli soldiers since March 30th of this year.

Protesters on both sides of the fence were visible to each other and interacted.

The activists read short biographies of the slain Gazans to Israeli soldiers who were trying to get them to leave the area. Finally, the solidarity activists were forcibly removed from the site and briefly detained by police before they were released.

A sister action was held in New York City the same day. 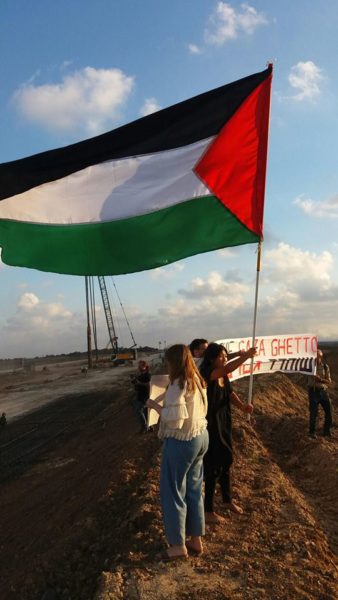 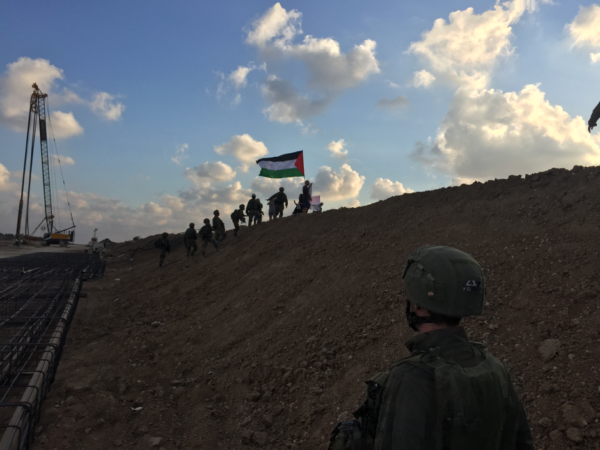 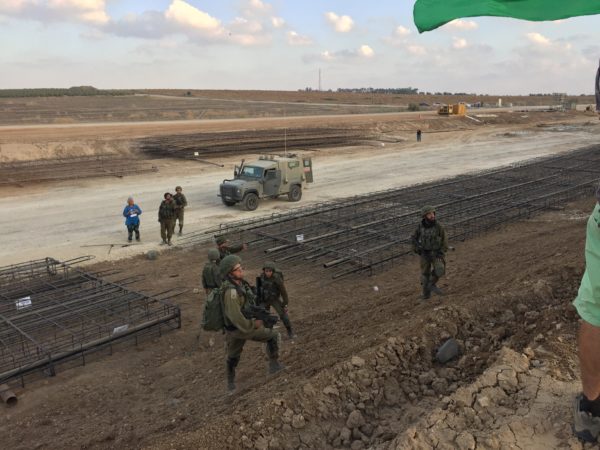 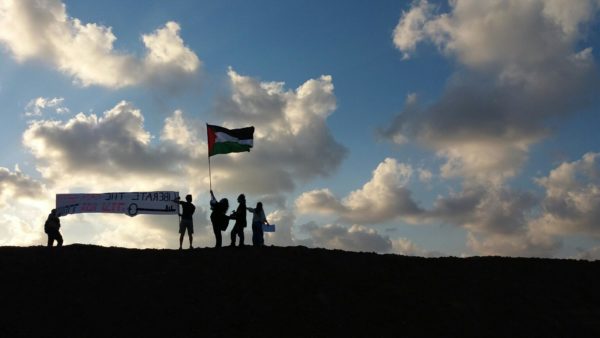 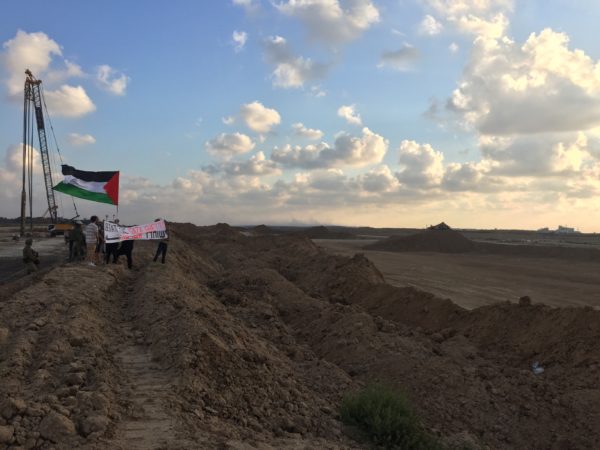