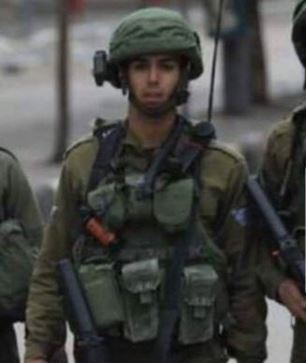 Senior Israeli Military officials said that they do not believe Hamas was behind the death of an Israeli soldier, who was shot with sniper fire from Gaza Friday, and added that the person who shot the soldier acted without Hamas’s approval.

Israel believes that Hamas did not approve the shooting of the soldier, and had no knowledge of the attack, especially since senior political leaders of the movement, including its Political Bureau Chief Ismael Haniyya, were present in the protest areas.

It said that senior political leaders of the movement would not put themselves in such risks by being exposed near the firing zone if they had any knowledge about the use of live fire by the Palestinians.

They believe that the attack was carried out by a party, not loyal to Hamas, and does not follow its directives.

The soldier, who was killed by sniper fire from Gaza, was later identified as Staff Sgt. Aviv Levi; he is the first soldier to be killed by Palestinian fire since Israel’s offensive and major deadly assault in Gaza in 2014.

It is believed that the Levi was shot with a “Steyr HS .50” long range sniper rifle, especially since the bullet penetrated his military vest and killed him.

It is worth mentioning that Israeli soldiers killed, on the same day, four Palestinians and injured 120 others, including 50 who were rushed to hospitals in the coastal region.

The army also dropped dozens of missiles into Palestinian areas in several parts of the coastal region, before an indirect ceasefire understanding was reached.

On Thursday, July 19, 2018, an Israeli army drone dropped a missile at Palestinians, east of Rafah, in the southern part of the Gaza Strip, killing one, identified as Abdul-Karim Radwan, 22, and wounding three others.

It is worth mentioning that the Israeli army killed 146 Palestinians protesters, including 17 children, two medics and two journalists, and wounded more than 16496 others, since March 30th, 2018.