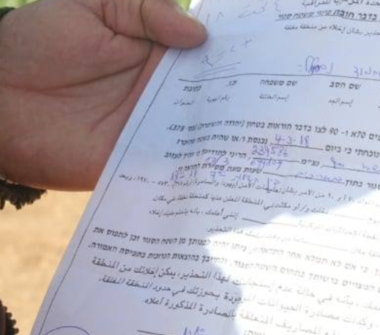 He added that the soldiers handed the Palestinians twenty orders targeting their homes, and one order targeting a mosque.

Daghlas also stated that some of the homes are under construction and the rest are inhabited by families.

The mosque is also still under construction; the army claims the buildings were constructed without a permit from the “Civil Administration Office,” the administrative branch of Israel’s illegal occupation of Palestine.

In related news, the soldiers invaded the town of Battir, west of Bethlehem in the occupied West Bank, and handed demolition orders targeting a home and a barn.