Israel To Demolish A Palestinian Home Near Ramallah 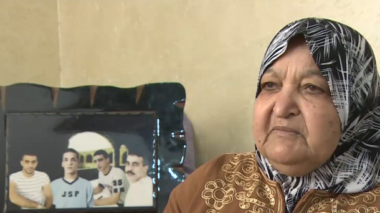 Abu Hmeid family, living in the al-Am’ari refugee camp, south of the central West Bank city of Ramallah, was informed by the Israeli army that their home will be demolished within the coming week.

Latifa Abu Hmeid told the WAFA Palestinian News Agency that a military commander called her and informed her of the final decision to demolish her home, which was wired and detonated by the soldiers last year, and the family rebuilt it since then.

She stated that the commander informed her “she can file an appeal against the demolition order,” but added that the family does not intend to do so, especially since Israeli courts hold mock trials in these cases, and rule in favor of their army.

Lotfiyya said that after the army wired and detonated their home in December of 2018, and that the family later started rebuilding their property, which is still under construction after the family built the first two floors and now rebuilding the third. The family home was demolished a total of five times to date.

She also said the commander told her the family’s land has been confiscated under military orders, and that it is not allowed to rebuild any destroyed property in the first five years following any demolition.

It is worth mentioning that Islam’s mother, 73 years of age, has a son, Abdul-Mon’em Abu Hmeid, who was killed by the army in 2002 in nearby Qalandia refugee camp, in addition to five other sons, imprisoned by Israel, four of them are serving life terms.

The army claims that one of her sons, Islam Abu Hmeid, 33, who was taken prisoner on June 6th, 2018, killed an Israeli soldier, identified Ronen Lubarsky, after dropping a slab on his head, on May 24th, during a military invasion into the refugee camp, causing a very serious injury resulting in his death on May 26th.

An Israeli court sentenced Islam to life in prison, in addition to a fine of 258.000 Shekels to be paid to the family of the slain soldier.