Israel To Demolish School, Residential Sheds, Barns And a Well Near Hebron 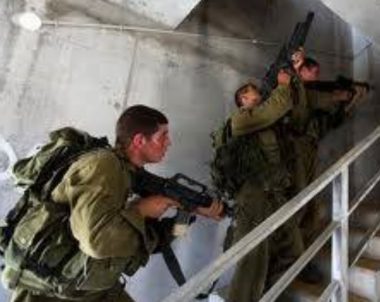 Rateb al-Jabour, the coordinator of the Popular and National Committees in the southern part of the occupied West Bank, said the soldiers placed the demolition orders on the ground near the targeted buildings and structures.

He added that the soldiers also photographed the structures from several directions, and that the orders only grant the residents three days to file appeals, which doesn’t give them enough time, especially due to the weekend.

Jabour said the structures are owned by the families of Abu ‘Arram, Abu Sabha, al-Hamamda, an-Najajra along with several other families.