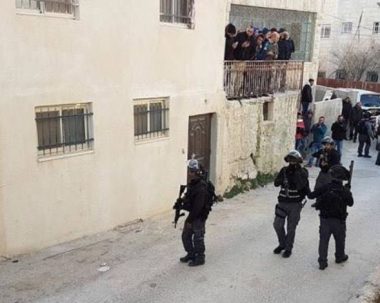 The Israeli High Court authorized, Thursday, the demolition of the family home of Fadi Ahmad al-Qanbar, who was killed six weeks ago, after ramming and killing four Israeli soldiers in Jerusalem.

The court said that the demolition was an “acceptable punishment,” and alleged that al-Qanbar family “knew about his intentions before he carried out the attack.”

Fadi al-Qanbar, 20, was a former political prisoner from Jabal al-Mokabber, in occupied Jerusalem; he was killed on January 08, 2017, after ramming Israeli soldiers with his truck, killing four, and wounding two others.

The four Israelis who were killed in the incident have been identified as Yael Yekutiel, 20, from Givataiym east of Tel Aviv, Shir Hajaj, 22, from Ma’ale Adumim colony in the occupied West Bank, Shira Tzur, 20, from Haifa, and Erez Orbach, 20, from Alon Shvut colony, southwest of occupied Jerusalem.