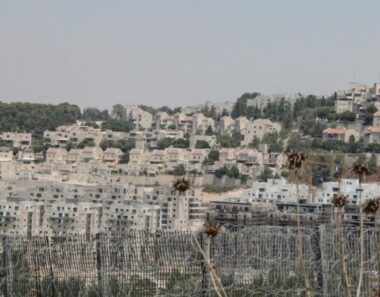 In a speech during a Knesset session, on Thursday at night, Hanegbi said that he, along with Prime Minister, Benjamin Netanyahu, has agreed to conduct all needed measures to legalize 70 outposts.

He added that, after legalizing the outposts, they would be turned into “settlements,” to receive all the benefits, including infrastructure and other services.

On its part, the so-called “Regional Council of Settlements,” in the occupied West Bank, praised the decision, and called for fast action on the ground by forming a team that would handle all legal issues.

Israel’s colonies in the West Bank, including occupied Jerusalem, are illegal under International Law, various United Nations and Security Council resolutions, in addition to the Fourth Geneva Convention, to which Israel is a signatory and a constant violator.