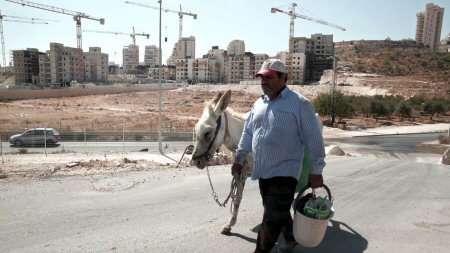 The Israeli Ministry of Defense is “working on a plan to legalize 70 unauthorized outposts in occupied Palestinian West Bank,” the Jerusalem Post has revealed, according to Days of Palestine.

Deputy Defense Minister Eli Ben-Dahan reportedly discussed the plan in a Jewish Home faction meeting at the Knesset, earlier this week, “a video of which was leaked to Channel 2 News.”

“During his briefing to party colleagues, Ben-Dahan said that a ministerial team of four or five people had been established six months ago to identify outposts that could be legalized and to rank them by how difficult such legalization would be.”

The paper additionally reported that “the deputy minister said that approximately 70 such outposts had been identified, noting that some of them could be legalized relatively easily.”

‘Outposts’ refer to Israeli settlements established in the occupied Palestinian territory without official authorisation, albeit often with the aid of various state agencies.

All Israeli settlements are illegal under international law.