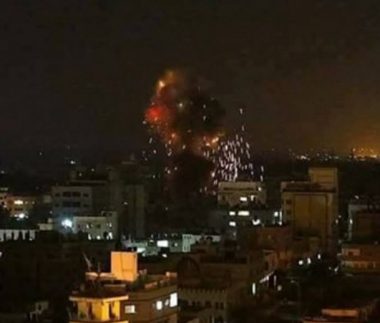 The Israeli Air Force fired, overnight, several missiles into many areas, in different parts of the besieged Gaza Strip, reportedly after a homemade shell was fired into Sha’ar HaNegev Regional Council of settlement, across the border fence.

Several missiles were also fired into the Nasr neighborhood, northeast of Rafah, in the southern part of the Gaza Strip, causing excessive damage to homes.

In addition, Israeli soldiers stationed across the border fence in the eastern part of the Gaza Strip, fired dozens of live rounds at homes and farmlands, east of Gaza Valley.

The army also fired an artillery shell into a farmland, east of Deir al-Balah, in Central Gaza.

The Israeli army said a shell was fired from Gaza, and landed in an open area in the Sha’ar HaNegev Regional Council of Settlements, without leading to damage or injuries.