Israeli and US Forces to Begin Major Military Drills 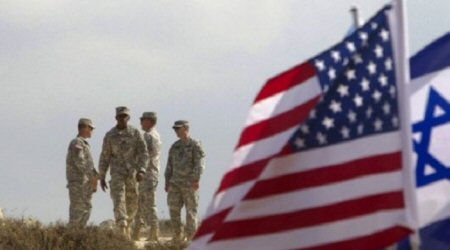 Amid growing tension along the northern border, Israeli and US forces will hold their annual joint exercise next week, to test the level of coordination between the two armies, in the event of future conflicts.

The exercise is part of a long standing agreement, between the US and Israel, to hold bilateral training exercises on a regular basis. An Israeli military spokesperson stressed that it was not associated with a particular threat or world event.

The goal of the drill – known as Juniper Falcon – is to strengthen cooperation, mutual learning, and coordination between the armies. In 2017, 12 American F-15E Strike Eagles and approximately 80 Airmen attached to the 494th Fighter Squadron flew missions with the Israeli Air Force.

The drill is expected to include over 300 US Army soldiers and 400 Israeli soldiers from different units.

The last Juniper drill, which took place in March 2018, was labeled as the largest Israeli and US European Command joint exercise in 2018, with more than 2,500 US troops deployed in Europe, participating alongside 2,000 Israeli troops, logistics units, medical forces, and other units.

On Wednesday, the United States purchased the Iron Dome missile defense system from Israel, for an immediate need of the United States Army. “This is yet another expression of the strengthening of our strong alliance with the US,” Prime Minister Benjamin Netanyahu said.

Days of Palestine further notes that the American F15 Eagle warplanes were used to kill thousands of Palestinians, during the 3 deadly wars that the Gaza Strip faced, in 2008, 2011 and 2014.