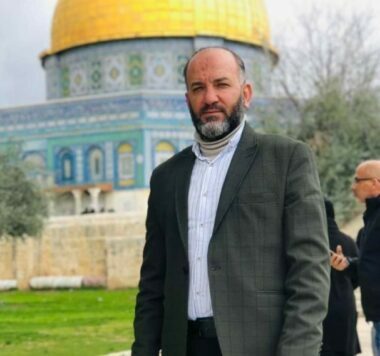 On Sunday at dawn, Israeli soldiers abducted a former political prisoner near Jenin in the northern part of the occupied West Bank.

The Jenin office of the Palestinian Prisoners’ Society (PPS) said the abducted Palestinian was identified as Ziad Arsan Hafeth Kilani.

The PPS said Kilani, from Saris village, south of Jenin, works as a Cab driver and was stopped by the soldiers at a military roadblock near Deir Sharaf northwest of Nablus, in northern West Bank.

The soldiers also stopped and searched dozens of cars and interrogated many Palestinians while inspecting their ID cards.

On Sunday at dawn, Israeli soldiers invaded Nabi Saleh, Beit Rima, Deir Ghassana, Kafr Ein, and Qarawa, in the northern West Bank governorate of Nablus, searched and ransacked many homes, and closed the iron gate at the main entrance of Nabi Saleh.