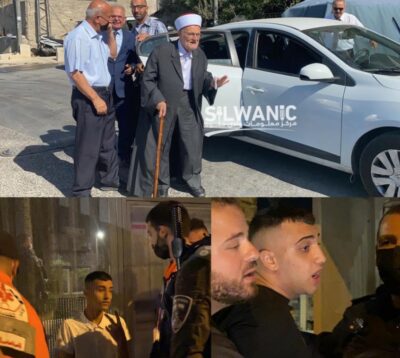 Israeli soldiers abducted, Sunday, six Palestinians in Jenin Bethlehem and Jerusalem, and summoned for interrogation two Palestinians, including the Khatib of the Al-Aqsa Mosque in occupied Jerusalem.

It added that the soldiers also invaded Beit Jala city, northwest of Bethlehem, and abducted Hisham Khatib from the al-Jadawel area.

In Jenin, in northern West Bank, undercover Israeli soldiers infiltrated the center of the city and kidnapped Baha’ Ibrahim Abu al-Haija in Abu Bakr Street,  and moved him to a nearby military base.

Also in Jenin, the soldiers installed several roadblocks leading to the city and surrounding towns, before stopping and searching dozens of cars and interrogated the residents while inspecting their ID cards.

Most of the roadblocks were installed near the towns of Kafrit, Ya’bad, Arraba, Qabatia, and Kafr Qud.

In occupied Jerusalem, the soldiers detained Sheikh Ekrima Sabri, the Khatib of the Al-Aqsa Mosque and the head of the Higher Islamic Committee in Jerusalem, after storming his home at six in the morning.

The Sheik was moved to the al-Maskobiyya interrogation and detention facility, where he was interrogated for several hours.

The soldiers also invaded the home of Jamal Amro, an expert in Al-Aqsa Mosque affairs and history, and summoned him for interrogation.

The soldiers also abducted two young men, identified as Qais Sharha and Naim al-Ammouri, in the al-Misrara area in Jerusalem, in addition to assaulting dozens of residents in Bab al-Amoud. 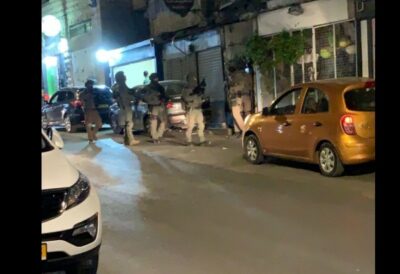 The attack led to a few injuries, and the soldiers prevented medics from the Palestinian Red Crescent Society (PRCS) from providing treatment to the injured Palestinians.

The soldiers also invaded several neighborhoods in Silwan, and the at-Tour, before firing gas bombs and concussion grenades.

In related news, the soldiers injured three Palestinians during a protest against the desecration of the historic Al-Yusufiya historic Islamic cemetery, and the bulldozing graves, to establish a public garden.