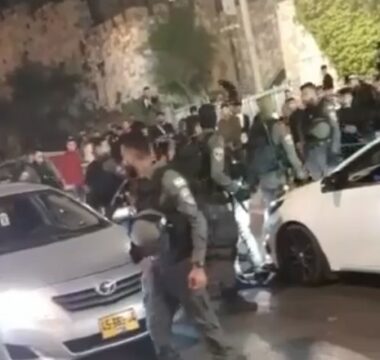 Israeli soldiers abducted, overnight, twelve Palestinians, including at least one child, from their homes in several parts of the occupied capital, Jerusalem, in the West Bank.

Media sources said the soldiers invaded and ransacked many homes in several parts of Jerusalem and abducted at least seven Palestinians.

They added that the soldiers also invaded the al-Makassed Hospital in the at-Tour town in Jerusalem before abducting Omar Shweiki and Haitham Ja’bari.

The soldiers also abducted three Palestinians, including a child Ali Eqneibi, in Bab al-Amoud in Jerusalem.

In addition, the army abducted three young men after assaulting two of them near the Al-Aqsa Mosque.