Israeli Army And Navy Attacks Farmers And Fishermen In Gaza 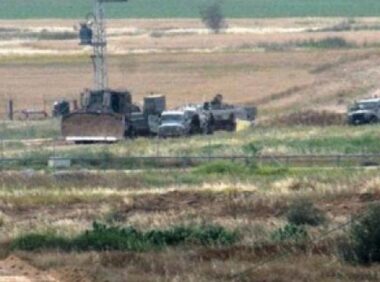 On Saturday morning, Israeli soldiers fired live rounds and gas bombs at Palestinian farmers and fishermen in the southern parts of the besieged Gaza Strip.

Media sources said the soldiers fired many high-velocity gas bombs and several live rounds at the farmers near the perimeter fence east of Khan Younis.

The sources said the soldiers attacked the farmers from their military posts and towers across the eastern part of Khan Younis, forcing them to leave and causing some to suffer the effects of tear gas inhalation.

Furthermore, Israeli navy ships fired many live rounds and gas bombs at Palestinian fishing boats near the shore of Rafah, in the southern part of the Gaza Strip, forcing them to leave.