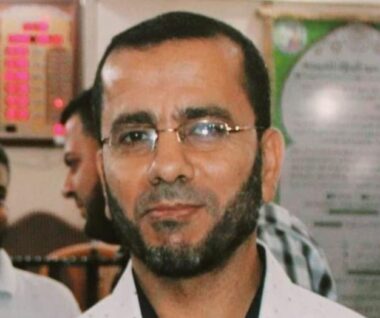 The Al-Qassam Brigades, the armed wing of Hamas, issued a statement, Wednesday, confirming the death of one of its senior leaders, along with several other fighters, in an Israeli attack in Gaza.

The Brigades stated that the fighter Bassem Issa (Abu Emad), and several other fighters were killed when the Israeli army fired missiles at a site, run by Al-Qassam in Gaza.

The Brigades added that its fighters would never abandon their duties, and will remain steadfast, challenging the illegal Israeli occupation and its crimes against the civilians, their homes, holy sites, and lands.

The names of the other fighters have not been released at the time of this report. The attack also led to several injuries, and serious property damage to the site, and many homes.

It is worth mentioning that the soldiers killed, Wednesday, at least twenty Palestinians during ongoing bombardment and shelling targeting all parts of the besieged and impoverished Gaza Strip.

In a recent Israeli strike on Gaza, on Wednesday at night, the army killed two children, identified as Mariam Mohammad Odah at-Tilbani, 3, and her brother Zeid, 5, in their home in Tal al-Hawa neighborhood, in Gaza city.

The number of Palestinians, killed by Israeli missiles and shells in the last two days since Israel began its offensive on Gaza, is more than 66, including sixteen children and five women, in addition to the injury of at least 365 Palestinians.