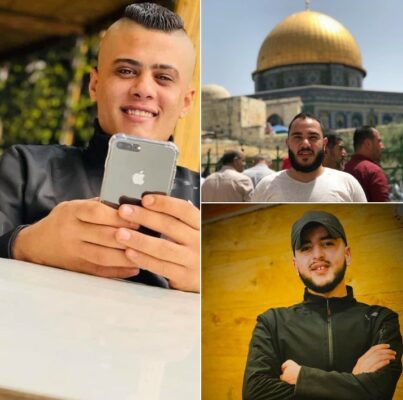 Undercover Israeli soldiers assassinated, on Friday dawn, three young Palestinian men, and injured nine, after the army opened fire at a car in an ambush in Jenin city, in the northern part of the occupied West Bank.

Eyewitnesses said the soldiers infiltrate the Eastern Neighborhood of Jenin city, ambushed a Palestinian car, and fired dozens of live rounds at it, killing the three young men in it.

The soldiers fired dozens of live rounds at the car and its surrounding area, wounding ten Palestinians, one seriously after he was shot in the neck and three who suffered moderate-to-severe wounds.

Thousands of Palestinians marched carrying the corpses of the three young men and chanted for ongoing resistance until liberation and independence.

The Israeli army claimed the soldiers chased the Palestinians and arrested them, adding that the two Palestinians carried two pistols. 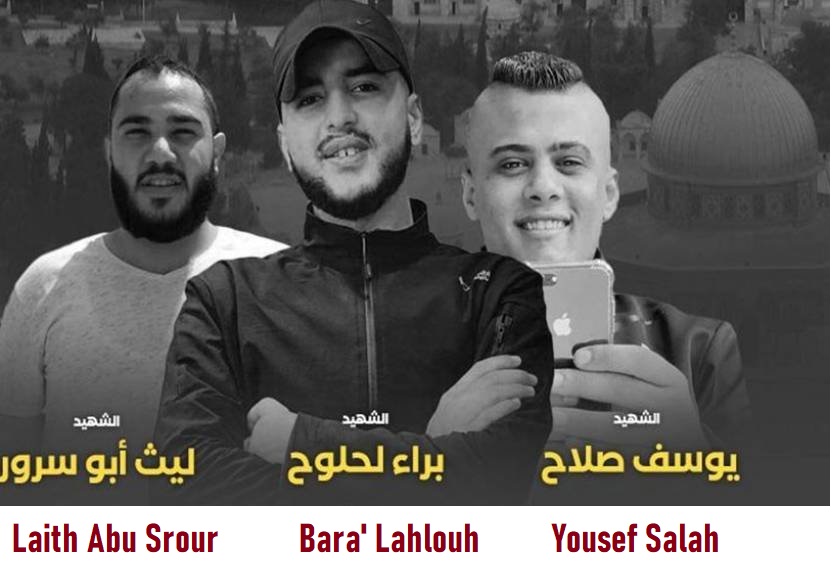