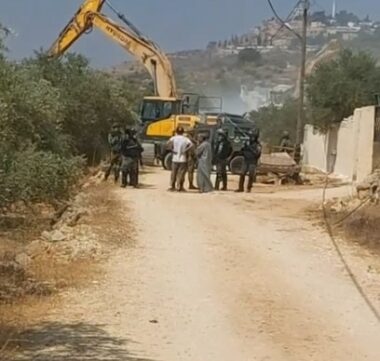 Naji added that Ahmad was surprised by the sudden invasion and demolition, especially since he did not receive a demolition order.

The Palestinian recently built his home and was preparing to live in it in the coming few days.

The invasion and demolition led to protests before the soldiers fired several live rounds, gas bombs, and concussion grenades.