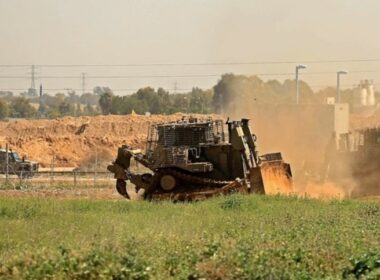 Israeli military vehicles invaded, on Wednesday morning, Palestinian farmlands east of the al-Qarara town, south of Khan Younis, in the southern part of the Gaza Strip.

Media sources said the invasion was carried out by four armored military bulldozers and two tanks.

They added that the soldiers advanced dozens of meters into the farmlands and started uprooting sections close to the perimeter fence, in addition to installing sandhills.