Israeli Army Kills One Palestinian, Injures Three Others, In Gaza 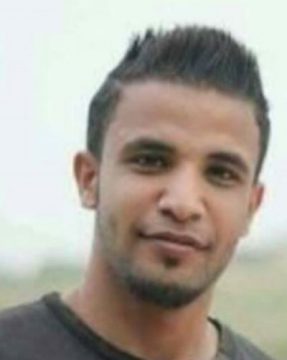 Palestinian medical sources have reported that one Palestinian was killed, on Friday evening, and three others were injured, after Israeli soldiers, stationed across the border fence, opened fire on Palestinian protesters in central Gaza, and east of Gaza city.

The sources stated that the soldiers, stationed on military towers near the border fence, east of the al-Boreij refugee camp in central Gaza, fired many live rounds, gas bombs and rubber-coated steel bullets on the protesters, killing a young man, identified as Mohammad Sa’id Abu Sa’da, 26, and wounding two others. 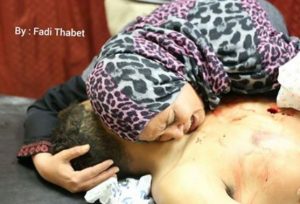 Palestinian medics moved the slain Palestinian, and the wounded, to the nearby Al-Aqsa Hospital in Deir al-Balah, in central Gaza. Many Palestinians suffered the effects of teargas inhalation.

In addition, soldiers stationed on towers at the Nahal Oz military base, east of Gaza city, fired several live rounds at Palestinians, close to the border fence, moderately wounding one Palestinian, who was moved to the Shifa hospital, while three others suffered the effects of teargas inhalation.