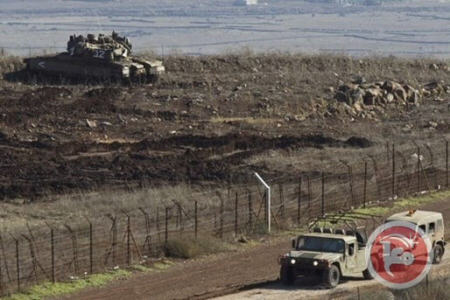 A mortar fired from Syria reportedly fell into an open area in the Israeli-occupied sector of the Golan Heights on Sunday evening, without causing any injuries, according to the Israeli military.

Israeli media quoted an army source as saying the fire was likely a “spillover” from the Syrian civil war.

Ma’an News Agency reports that, since the Syrian conflict erupted in 2011, the plateau has been tense, with a growing number of rockets and mortar rounds hitting the Israeli side, mostly stray, prompting occasional armed responses.

Last month, the Israeli air force attacked a Syrian missile launch site connected with the regime of Syrian President Bashar Assad, after mortar fire landed on the Israeli side of the Golan Heights.

Israel seized 1,200 square kilometers of the Golan Heights in the Six-Day War of 1967 and later annexed it in a move never recognized by the international community.