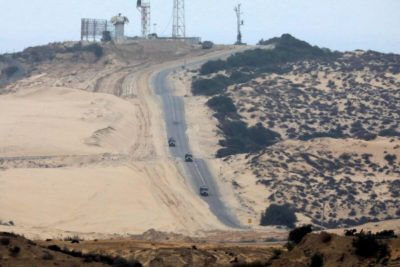 Local sources report that three Palestinians were killed near the border with Israel in northern Gaza early Sunday morning before dawn.

The three men have been identified as Mahmoud Adel al-Walayda, 24, Mohammad Farid Abu Namous, 27, and Mohammad Samir at-Taramisi, 26. A fourth Palestinian was seriously injured. All were taken to the Indonesia Hospital in Beit Lahia.

Israeli media reported that the Israeli military targeted a ‘Hamas observation post’ with artillery fire and a helicopter, killing three.

Palestinian sources report that the bodies of three men were recovered in the morning, after Israeli forces prevented medics from reaching the site for hours after the attack took place.

Earlier that night, Israeli sources report that three rockets were fired from Gaza toward Israel but two were intercepted by the ‘Iron Dome’ defense system, and no damage was reported.

The details of the attack are not yet clear, but the Israeli military confirmed targeting ‘Hamas infrastructure’.

Initially, the Israeli army reported killing five Palestinians who had exchanged fire with them near the border, but later changed their report to three.

In response to the attack, the spokesperson for the Hamas party, Fazi Barhoum, told reporters that this “Israeli strike is a message of escalation and aggression against the Gaza Strip in an attempt to steer attention from brave acts by Palestinians in the West Bank, actions that have embarrassed Israel and caused embarrassment in the Israeli political arena. Resistance forces in Gaza will not let the Strip become an Israeli target for settling accounts.”