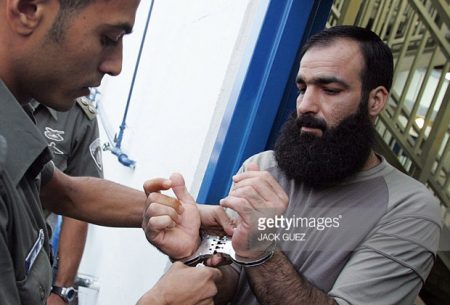 Amidst freezing winter weather, Israeli occupation forces have banned winter clothes for Palestinian prisoners in Negev Prison, it was revealed on Tuesday.

The Palestinian Prisoners Society (PPS) said that Israeli authorities prevented the entry of the winter clothing which Palestinian families had sent to their sons being held inside the prison.

According to PPS, all the families of the Palestinian prisoners have bought winter clothes and other kits for their sons, and sent them to the prison.

“However, the Israeli Prison Service had accepted the clothes and the other kits, but the prisoners said that they did not receive anything,” a statement from the organization said.

PPS also noted that Palestinian detainees inside Israeli jails, mainly the prisons in Al-Naqab Desert, suffer from the freezing weather in winter.

Days of Palestine further reports that approximately 1,000 detainees — out of over 7,500 — also suffer from a variety of different health problems.

Recent reports reveal that at least 250 of the 1,000 detaineers suffer from serious diseases, and do not have free access to proper medical care.