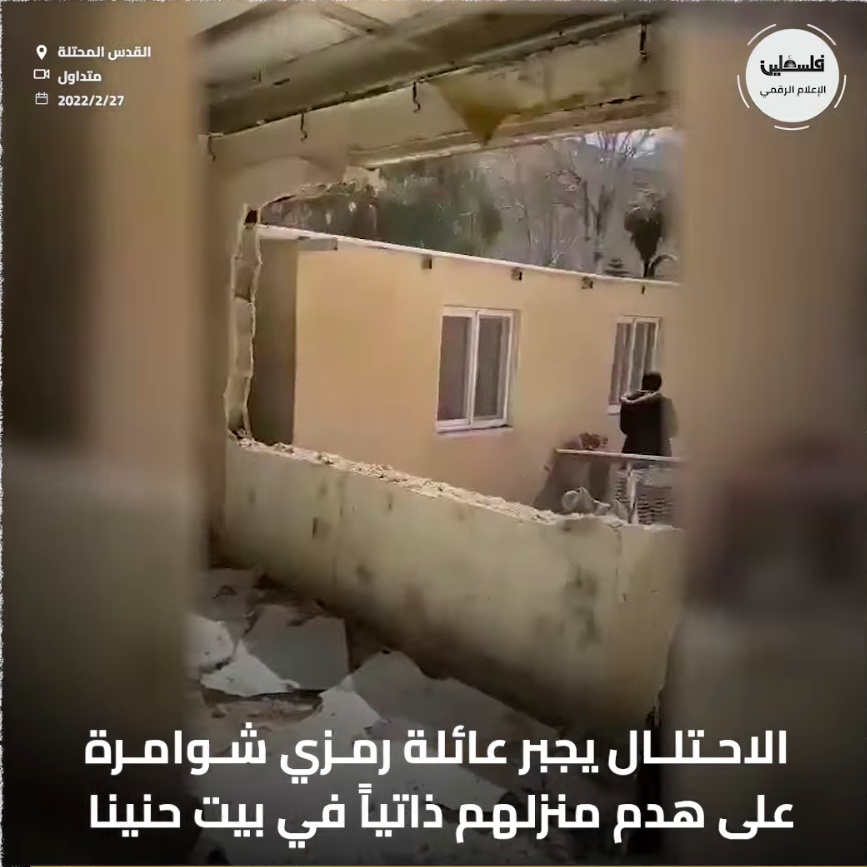 Israeli occupation authorities forced, on Sunday, a Palestinian family to demolish their own home in the Beit Hanina neighborhood of occupied East Jerusalem, the Palestinian News & Information Agency (WAFA) reported.

The Shawamreh family which consists of seven members, began tearing down their home in Beit Hanina after the Israeli municipality of West Jerusalem ordered the demolition under the pretext of being built without a license.

Ramzi Shawamreh, the owner of the home, stated that the Israeli Municipality threatened to impose excessive fines if they had their crews execute the demolition, so the family took on the destruction of their own home.

The displacement of this seven member Palestinian family is just one in an extensive list of families who have been forced to destroy their own homes or that the occupation authorities have destroyed.

The Israeli occupation denies Palestinians their legitimate right to build homes in the occupied West Bank, while at the same time allowing illegal colonists to expand their settlements, illegal under International Law.

On Friday, another Palestinian family carried out the demolition of their own home, in the Jabal al-Mokabber neighborhood, southeast of occupied Jerusalem, in the West Bank.

Sources stated that the family attempted to obtain a permit for the home, however the applications were denied by occupation authorities.