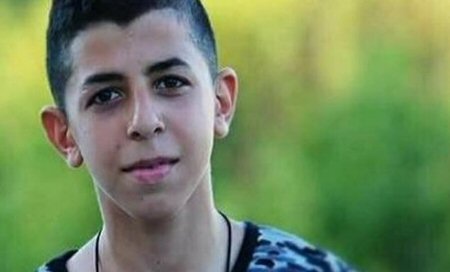 For the fifth time in row, Israeli authorities reportedly extended, on Sunday, the imprisonment of a Palestinian teen from the West Bank city of Jenin, in the northern occupied West Bank.

Family members of the teen detainee, Qassem Abu Bakr, 17, told media outlets, on Sunday, that the Israeli military court of Salem, near Jenin, extended the detention of their son for five more days, without charges.

The family sources confirmed that the youth, Qassem, was sentenced to 18 months, in August of 2018, and has been imprisoned in the Jalama Israeli prison since he was abducted from his home town of Ya’bad, southwest of Jenin city.

Israeli authorities continue to hold around 5,000 Palestinian prisoners inside various detention centers and prisons. 183 of those incarcerated, are children under the age of 18.