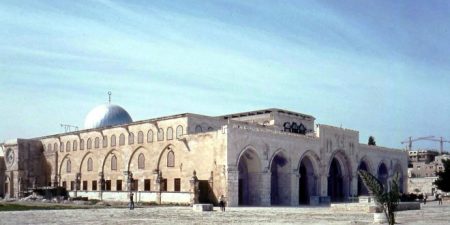 The Israeli authorities issued, Sunday, orders against fifteen Palestinians from occupied East Jerusalem, denying them entry into the Al-Aqsa Mosque, and its courtyards, for periods varying between 15 days and six months.

The Palestinians were detained during several previous Israeli military invasions and searches of homes, in different parts of Jerusalem, mainly in the Old city.

They were all released last night, and at dawn Sunday, after the orders were issued against them, denying them access to the Al-Aqsa Mosque.

The orders are similar to ones taken by Israel last week, denying many Palestinians, including Aqsa Mosque workers, access to the holy site, and its courtyards.

Furthermore, Israel closed occupied Jerusalem to all Palestinians from the West Bank, starting from today until April 17th, while it celebrates the Jewish Pesach.

Also on Sunday at dawn, the soldiers invaded and searched many homes in Jerusalem, and abducted at least seventeen Palestinians.